According to a recent study, owning a dog could save your life by having a significant impact on cardiovascular disease with people who live alone, lowering the risk of death by 36%.

Next time you feel annoyed with your dog for the chewed up shoes, hair on your clothes or being woken up by a random bark in the middle of the night, remember that your pooch could be substantially reducing your risk of dying from a heart attack and other fatal conditions.

A major study of over 3.4 million people in Sweden analyzed their medical and pet ownership records in order to investigate the potential health benefits of owning a dog. The participants of the study were followed for 12 years and were aged between 40 and 80 years old, just over 13% had pet dogs.

The results of this study concluded that for people who live alone, the risk of cardiovascular disease was reduced by 36%. The impacts were less significant with individuals coming from households containing several people, however the risks were still reduced by 15%.

The leader of Britain’s GPs, Helen Stokes-Lampard, recently announced that the estimated 1.1 million lonely Britons are 50% more likely to die from premature death than those who have a healthy social life.

How is this possible?

The study did not explain exactly how the ownership of dogs give these benefits, however it is clear that the company alone will reduce stress levels which can lead to various health complications. Although observations were made that this correlation could be linked to dog owners being more physically fit, experts are not convinced that exercise explains these figures.

There are no reviews yet. 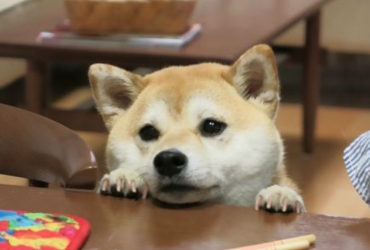 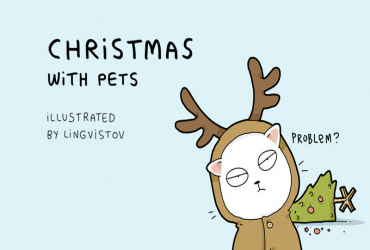 Posted on April 9, 2017November 22, 20183 Comments on Christmas With Your Pet: 10 Funny Illustrations
For most of us, Christmas is an amazing time of the year with all those…
Read more